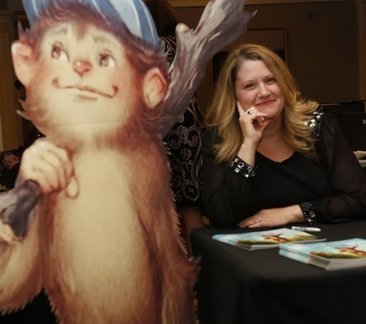 Wendy Elliott was born and raised in the suburbs of Kansas City, Missouri. She discovered that she loved writing at a very early age, writing her first story at age seven. Along with writing storybooks, she is an avid writer of poetry. She has received many accolades from fellow poets worldwide, has had several of her poems published in anthologies, and remains active in poetry communities online. She is also a Sasquatch enthusiast who likes to keep up with the latest research in her spare time. Aside from her hobbies, she enjoys spending time with her husband and their beloved children and also works hard as an accountant. Sid is a character she started writing about in early 2007. After years of keeping him tucked away in her computer, she decided it was time to share him with the world.
Sid the Sasquatch is the first of a number of books to come from this new up-and-coming author. Stay tuned!
Visit Lulu.com to purchase the January 2015 Prism by editor Ron wiseman featuring poems by Wendy Elliott.

You can also read poetry by Wendy Elliott at Allpoetry.com.